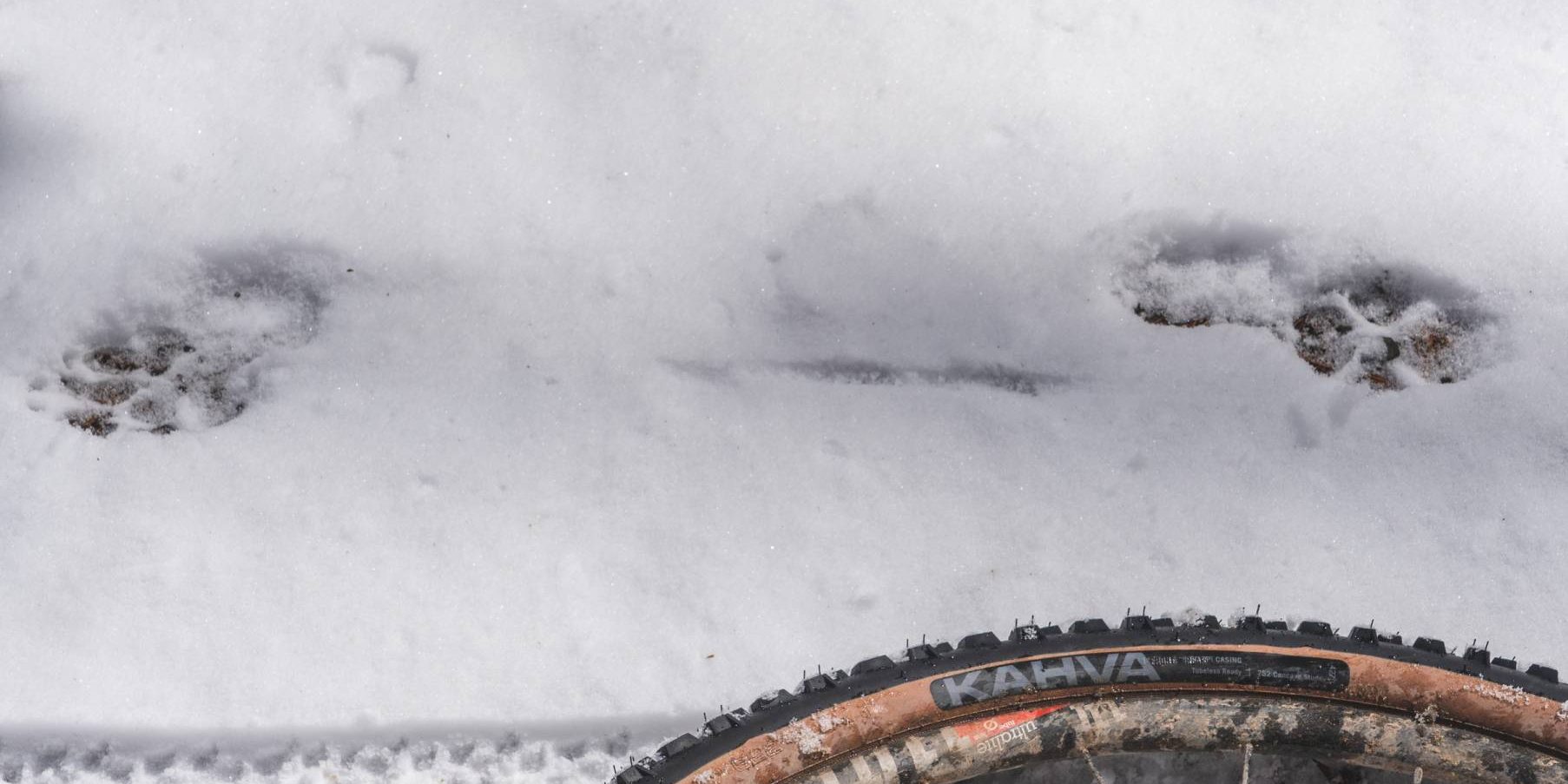 While the CAMBA trails are closed, I have been getting out for an hour or two most days to grind some gravel. This last weekend, winter decorated the forest with an inch of fresh fluff. It flocked the trees in a fresh coating of white and stuck on the frozen gravel roads until Sunday afternoon when the sun helped push the temperatures into the 40s. Today the high is forecast to be nearly 60° F, so most of the snow should be gone except for a few shaded low spots. 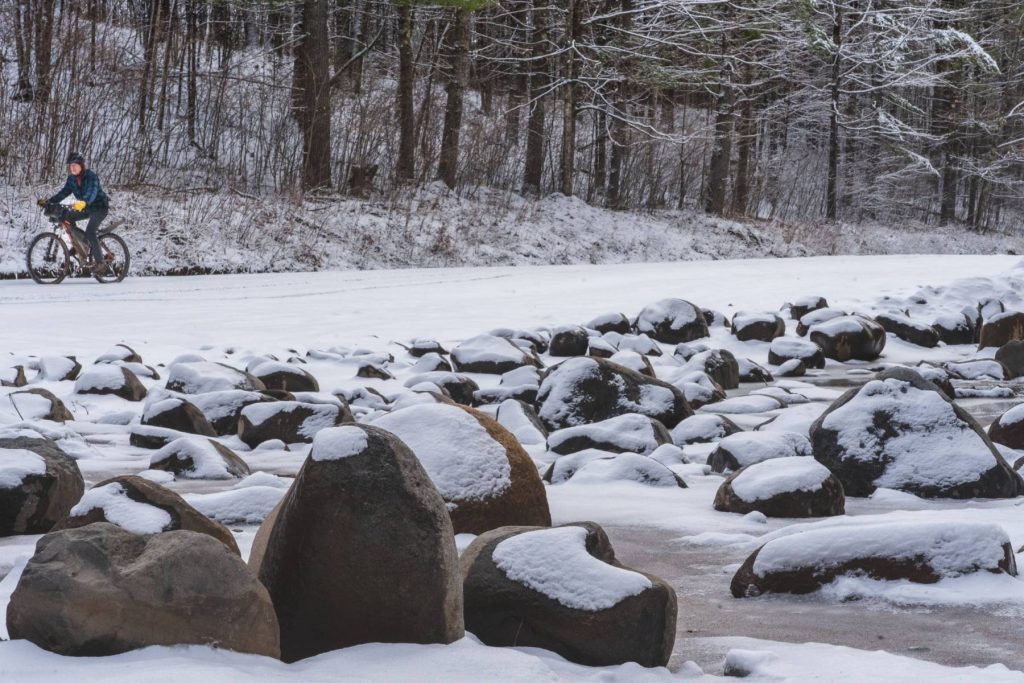 The fresh snow did offer the opportunity to look for tracks. Right out of my garage door I followed a set of fox tracks through the trails in my backyard. They eventually stopped at a small pile of grey squirrel fur. I had my fingers crossed the fox got a flying squirrel. As cute as they are, it is so hard to keep them out of my rafters. Chances are though it was just a grey squirrel.

Out on the forest roads, I saw lots of other larger canine signs. It is pretty easy to tell a wolf or coyote track from a domestic dog. Domestic dog tracks are typically in a wandering random pattern as they follow their noses exploring. Wolves and coyotes are a bit more purposeful in their travels, so their tracks tend to be in a straight line and the prints from the rear paws often fall on top of the front paw (direct register). Unless I see a really big track, I assume it is a coyote. 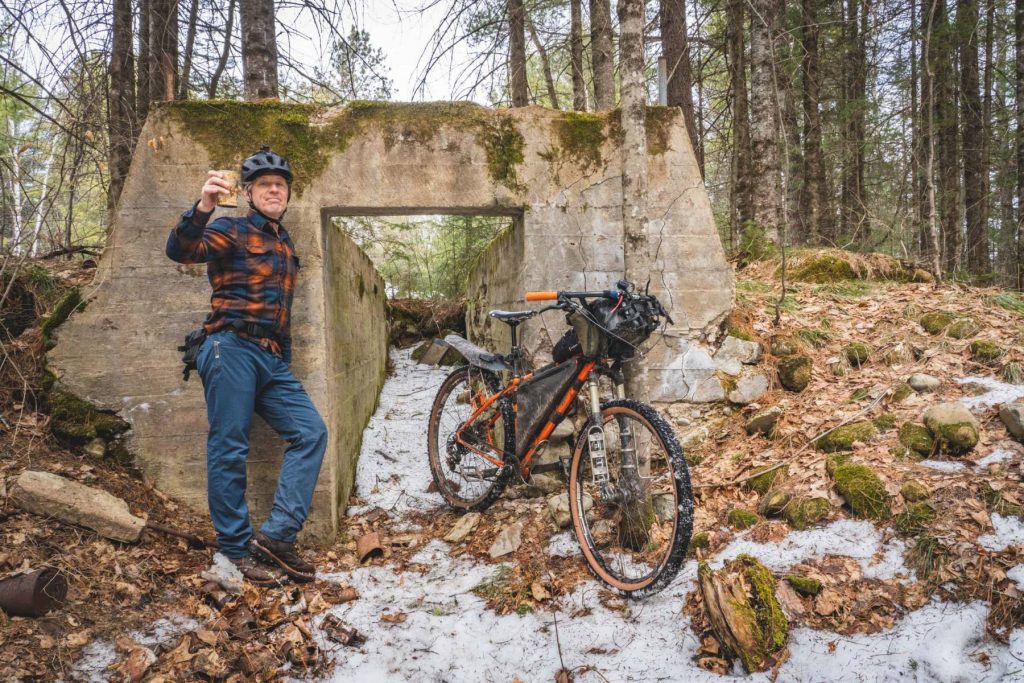 Cheers to spring weather! This old foundation is part of the former CCC camp by Smith Lake. 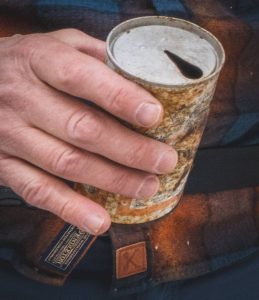 I doubt the CCC guys left this here.

I also always look for is remains of old cabins and Civilian Conservation Corps camps. There were quite a few CCC camps in northern Wisconsin. Coincidentally, one of the easiest to find is right off the east side of Telemark Road next to Smith Lake on CAMBA’s C3 Gravel Route. CCC Camp 647 opened there around 1933 and the men of the Smith Lake Camp worked on road building and reforestation.

C3 is also a great little gravel route. When the forest roads are dry, you can rip this on a gravel bike with 40c tires. Right now the roads are very soft and still have a few icy spots so I have been riding either my fat bike or my 29er, both of which have studded tires. It won’t be too long before the gravel dries out and all the ice is gone. I would guess that after today’s temps in the upper 50s, it will be totally safe to remove the studded tires.

So until our trails open up again, I encourage you all to get out and explore the amazing gravel roads that run through the Chequamegon Forest. To help, we have created some maps with suggested routes, but honestly, have the fun is just riding without a plan and turning whenever you see a gravel road you have not been down. 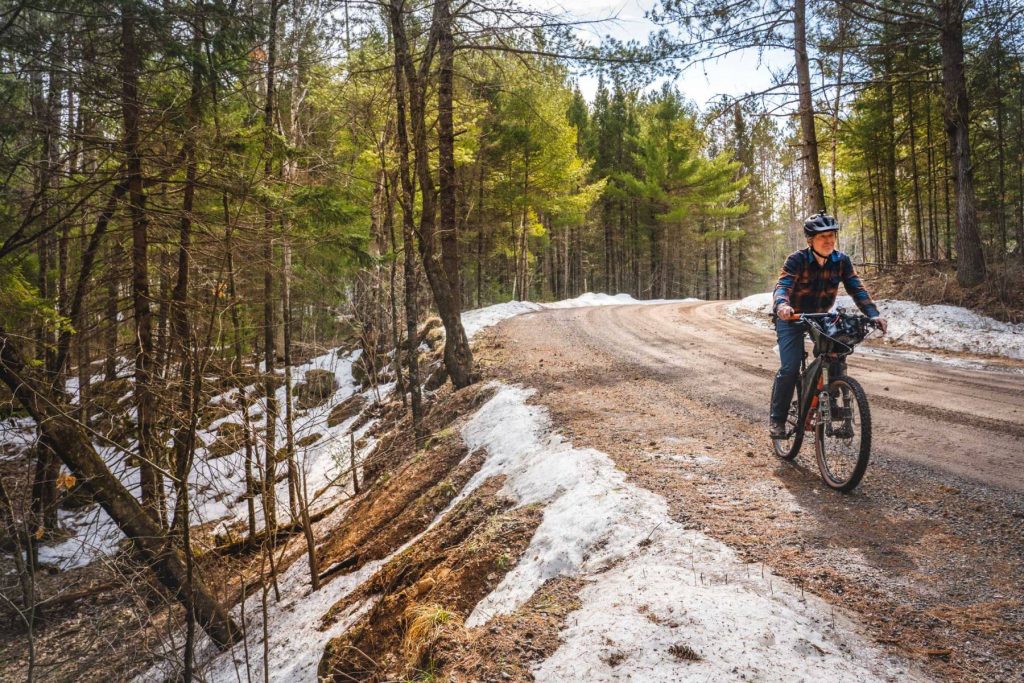 This is Telemark Road near Smith Lake.